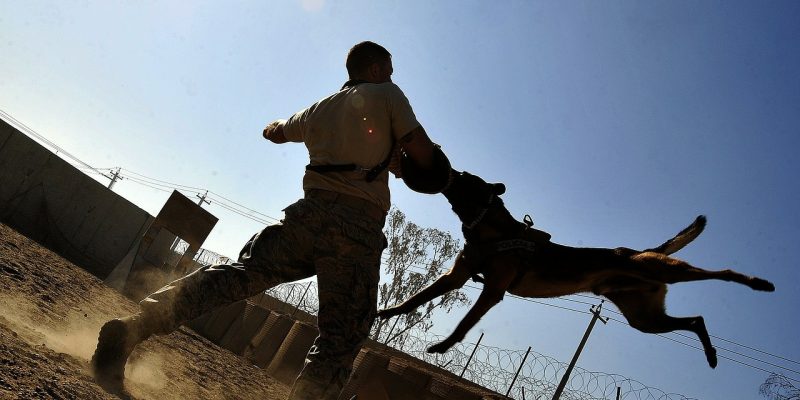 During events, client presentations and our routine assignments, we’re always being asked by clients, their staff or members of the public to explain our work in more detail. We’re frequently asked to differentiate the sort of dogs we work with or to explain which training methods we use and which methods we stay away from. There is a natural curiosity to learn more about how we train our dogs to do the amazing things they do, so we are more than happy to answer questions about dog handler terminology. With this in mind, we thought it would be a good idea to create this useful glossary of dog handler terminology that our team and dog handler units regularly use: 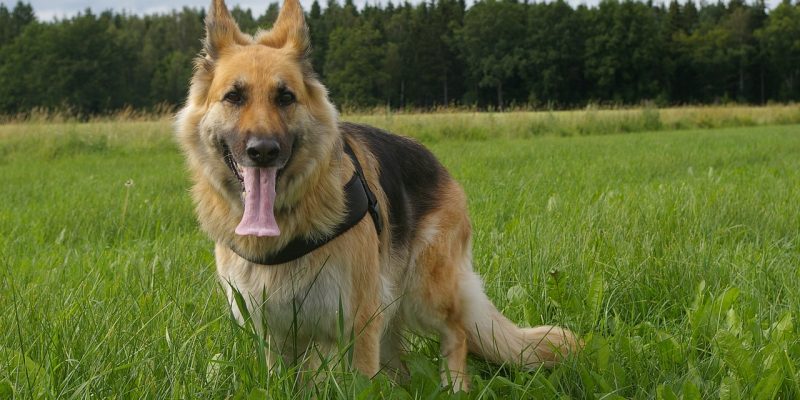 Protection Dog: Well-trained protection dogs are socialised, loyal, and unerringly obedient. They will not act to protect their handlers unless their handlers are facing a threat or have commanded that they do so. Some dog breeds are better than others when it comes to this type of training since it requires strength, calmness, loyalty, a love of humans, and a highly developed intelligence. Protection dogs are trained to bite on command, as well as stop biting on command.

Detection Dog: Detection, search or sniffer dog is a dog that is trained to use its senses to detect substances such as explosives, illegal drugs, currency, blood, and contraband electronics such as illicit mobile phones in prisons. The sense most relied upon on by detection dogs is their sense of smell. Hunting dogs that search for game, and search dogs that work to find missing humans are generally not considered detection dogs. There is some overlap, as in the case of cadaver dogs, trained to search for human remains. A police dog is essentially a detection dog that is used as a resource for police in specific scenarios such as drug raids, finding missing criminals, and locating stashed currency.

Aversive or Compulsive: Anything a dog considers ‘bad’ – anything unpleasant, painful, annoying, uncomfortable. Tending to avoid or causing avoidance of a noxious or punishing stimulus. e.g.: Shouting, hitting, ignoring, jerking with the leash, squirt bottles, applying pain intentionally, grabbing, restraining, noxious sprays, and electric shock. (GSS does not use aversive or compulsive methods during training)

Reward Based Training: Using anything an animal finds appealing and ‘rewarding’ to elicit, reinforce, or inhibit behaviours. (GSS training is reward based)

Compulsion: The act of using force or pressure to make the animal do something (GSS strictly avoids compulsion during training)

Drive: A target object that makes the dog willing e.g. Ball, Prey, Hunt etc. different dogs will be driven by different things, these at times could cross over. Ball ‘drive’ for a search dog, prey ‘drive’ for a protection dog to bite and hunt drive for a tracking dog.

Pseudo Scents: Artificial scents manufactured in a laboratory to simulate the scent of live drugs or explosives, can be used by anyone without a license to store these materials.

Live Kit: Genuine drugs or explosives issued through license. It is much more beneficial to train dogs on the live kit as opposed to pseudo scents. (GSS hold both drugs and explosives licenses through the Police and Home Office)

Classical conditioning: A learning process that occurs when two stimuli are repeatedly paired. A response that is at first elicited by the second stimulus is eventually elicited by the first stimulus alone.

Operant Conditioning: The fundamental principle of operant conditioning is: behaviour is determined by its consequences. A form of learning in which something the animal finds pleasant or unpleasant is presented or removed, thus altering the rate at which the behaviour is performed.

Desensitisation: The process where a normal defence reaction is elicited by an aversive stimulus, such as shock, is modified by creating pleasant associations with a positive re-enforcer. This is achieved by presenting the fear-provoking event (stimulus) at levels low enough not to cause a reaction, but enough for the animal to notice, while pairing this event (stimulus) with something the animal loves causing the feelings to be reversed.

Sensitization: Intensifying of an animal’s response to stimuli that did not originally produce such strong feelings.

Cue: A signal which will elicit a specific behaviour or reflex. E.g. Saying “sit” or using a hand signal for “sit”.

Lure: Something that motivates or is used to motivate a dog to do something.

Bridge: This is also known as the ‘bridging stimuli or ‘marker’. A stimulus (something an animal sees, hears or feels) that pinpoints the exact moment in time an action or a desired behaviour was performed – bridging the gap between the time the signal was given and the delivery of a reward is provided. E.g. the ‘click’ of a clicker or the sound of a whistle.

Shaping: A method of modifying a dog’s behaviour. It is a process of selectively reinforcing responses in successive steps towards the goal of the desired response. Based on principles of operant conditioning (see above) in which a dog’s behaviour is gradually moulded to specific desired patterns through the delivery of positive reinforcement, at distinct moments.

Habituation: Is the diminishing of a physiological or emotional response to a frequently repeated stimulus. It is the relatively persistent fading of a response as a result of repeated stimulation which is not followed by any specific reinforcement.

Negative punishment: In operant conditioning, the removal of something an animal wants.  E.g. If a dog jumps on a person to say ‘hello’ and the person turns their back and ignores the dog.

Negative reinforcement: In operant conditioning, the removal of something an animal finds unpleasant, as an immediate result of the desired behaviour performed. E.g. pull up on choke collar until dog sits butt on the ground, choke collar released. Pinning dog on the back until dog relaxes and “submits.” In both examples, it’s the release of the choke chain, or allowing the dog to get up after pinning. (GSS does not use negative reinforcement methods during training)

Positive Punishment: In operant conditioning, the addition of an aversive stimulus, or something an animal seeks to avoid, that is found within the dog’s environment, following behaviour, with the intention of decreasing the frequency of that behaviour. For example, if a dog urinates on the carpet, the dog gets smacked or the owner pins the dog in order to “take control.” (GSS does not use positive punishment methods during training)

Positive Reinforcement: In operant conditioning, an event or stimulus provided following a specific behaviour with the intention of increasing the frequency of that behaviour. A positive reinforce is something the dog desires or finds pleasant. For example, if a dog sits, he gets a treat for sitting, and the dog continues to sit because it predicts receiving a treat.

Reinforcer: Anything that increases the frequency of the behaviour it immediately follows.

Correction: this could be physical or verbal and is often used to stop an undesirable behaviour.

Socialisation: exposure to other dogs and people in order to gain a calm state of mind whilst showing no signs of fear, distress, aggression etc.

Schutzhund: (German for protection dog) is a sport developed in Germany in the early 1900’s.

Agility: Judged competitive timed events for dogs and their handlers in which dogs are trained to master different obstacles such as, tunnels, bridges, high jumps, jumps through windows, board jumps and jumps through tires. The course also usually includes inclined planes, elevated planks to walk, A-frames to climb and more. Various agility titles are awarded to dogs that successfully complete the course in which they are entered.