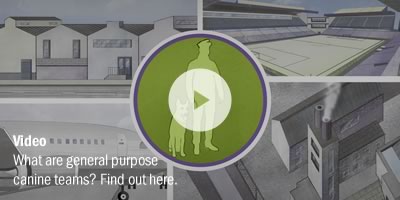 9 REASONS TO CONSIDER A PROTECTION DOG TEAM THIS WINTER

Winter is almost upon us and as those long, dark nights draw in, it’s typical of this time of year for those who are ‘up to no good’, to become a little more active in their attempts to do so. We therefore thought it would be a good idea to remind ourselves, you and ‘them’, why a Protection Dog Team is such an effective security solution:

Take another look at our short animated video which we think does a great job in encapsulating all of the above!