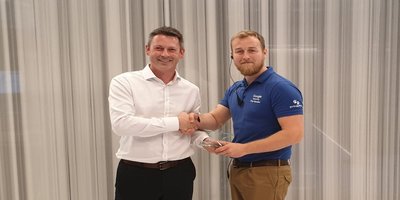 The GSS Superstar Award for September 2019 has been announced and goes to our valued colleague, Explosives Detection Dog Handler – Dave Sly.

Dave is recognised through this award for a significant contribution he made during a medical emergency while on routine patrol at a prestigious client site in Central London. Although we are obliged to keep this account vague due to the obvious sensitivities, Dave’s involvement in dealing with the medical emergency as first person on scene was critical in ensuring the customers safety and well-being.  After administering first aid, he communicated all details of the incident in a clear and timely fashion to Control, who were then able to effectively and efficiently ensure that paramedic assistance was dispatched to scene.

Dave, has settled into life well here at GSS. Remarkably he was faced with this scenario on just his third shift at this particular client site. Consequently, Dave’s assistance to the member of the public was praised by our client as ‘an outstanding job’.

Speaking of the award, Matt Crofts – National Operations Director said “It was a real pleasure to present this award to Dave. Through his actions during his short time at GSS already, he has come to embody our core value of ‘strive for excellence’. His actions in dealing with this emergency scenario are just another tangible example of that attitude. We’re thrilled to have Dave and his dog Angel on Team GSS!”