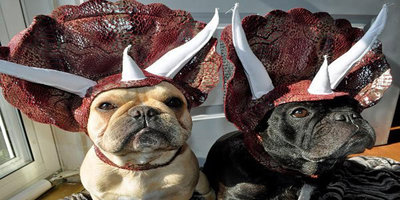 September 2017 – We were delighted to be asked by the BBC Natural History Unit for our assistance in providing a dog with people tracking abilities to ‘hunt’ the presenter, Steve Backshall, of the ‘Deadly Dinosaurs’ TV series. The analytics from the ‘hunt’ at Blaise Castle – Bristol, are to be used in comparison to the velocity and effectiveness of a particular species of deadly dinosaur, as a feature in the exciting new TV series.

Our canine expertise does not extend to paleontology, so we can’t possibly comment on who the most effective hunter is, dinosaur or dog, you will just have to watch the show for the results! We do know though, that our Handler Karin Lee and her dog Cedric, did the canine world proud with the effectiveness of their hunt.  Commenting within her report, Karin said ‘It was a very enjoyable day with an extremely professional film crew. The BBC crew were both polite and helpful. They seemed very happy with the work Cedric and I did!’

Using cutting-edge CGI, the latest filming techniques and the stunning BBC archive, Deadly Dinosaurs will bring the world’s top Triassic terrors back to life as Steve Backshall examines their biology in eye-catching detail in his explorer’s ‘Dino-Den’, graphically honing in on the best bits, from double-edged teeth to tails that can move so fast they break the sound barrier. and puts their prowess to the test. In a series of epic and explosive experiments, Steve will find out first hand exactly what made the dinosaurs tick and whether their fearsome reputation will really let them make the Deadly List.

Taking the action out of the lab, Steve will perform a series of epic stunts and brutal physical challenges to get a sense of the scale and raw power that dinosaurs had. Using the latest modern technology, Steve will become a dinosaur crash test dummy – donning wing suits and night vision goggles to experience first-hand elements of dino design – on land, in the air and even under the sea!

Deadly Dinosaurs will be hitting BBC screens sometime after April 2018.