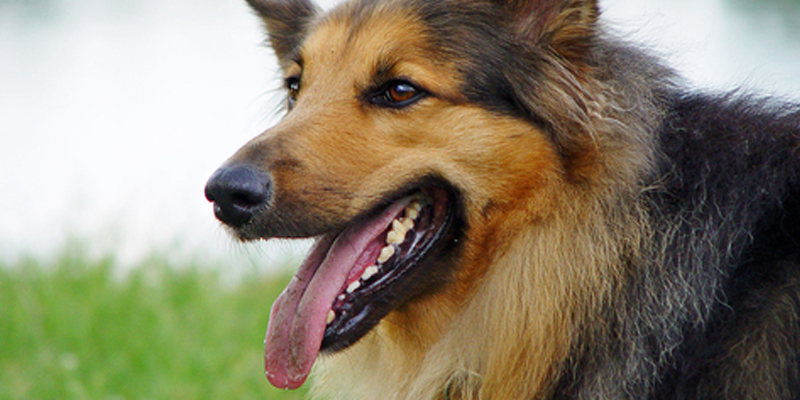 “Dogs get jealous,” conclude researchers in one of funniest studies in recent memory.

Any dog owner can tell you that dogs get jealous. If you have two dogs, heaven forbid that you take one for a walk and not the other! But in a recent study, researchers placed a scientific stamp of approval on this common-sense notion.

Since jealousy is present in dogs, a relatively distant mammalian ancestor, this finding suggests that social animals may have an underlying predisposition for jealousy. This conclusion is not surprising, since jealousy serves an important role in social interactions. Imagine a dog who doesn’t feel jealousy at social (or other) slights: she wouldn’t vie for attention and resources, and may well receive far less than aggressively jealous compatriots.

This study’s methodology is also, of course, hilarious.

Specifically, researchers set up a scenario in which dog owners showered affection on a robo-dog while ignoring their pet. They also created two control scenarios, where the owner paid attention to a jack-o-lantern pail, or read a children’s book (these are real control scenarios). Across the board, dogs were far more likely to push or touch their owners in the “robo-dog” scenario than in the “jack-o-lantern” and “book” scenarios.

While this sounds a bit absurd, the variables researchers try to investigate– thought processes in specific situations– are complex and highly invisible. Thus, they require complex controls that sometimes introduce additional variables. In this study, what if some dogs are terrified of jack-o-lanterns? What if people feel silly showering affection on a jack-o-lantern and are less affectionate in that scenario? What if the dogs are just more used to their owners ignoring them while reading a book, but are offended by attention paid to an unfamiliar dog? If so, the study would be a measure of familiarity, not jealousy.

Of course, in this case and many other cases, the controls seem perfectly sufficient to make a robust conclusion. Dogs feel the bite of the green-eyed monster, too! But establishing sufficient controls without introducing new variables is often the most challenging aspect of animal cognition research.

In another case of science catching up with common sense, researchers have found that it is possible to make dogs jealous: they snap and bark more often when their owners engage with what appears to be another dog.