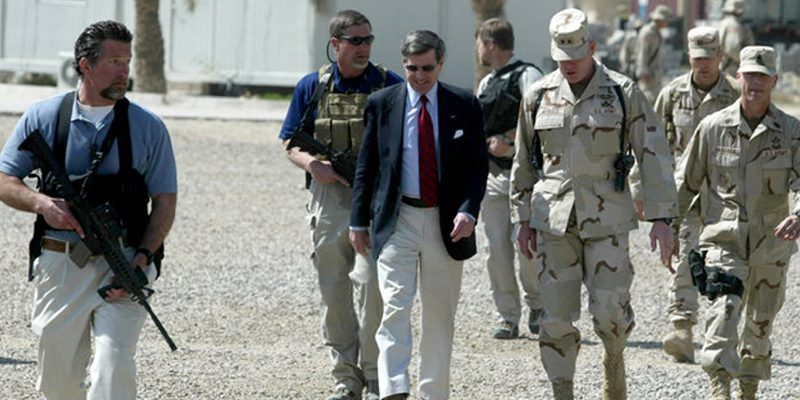 The Real Story of Blackwater

The commercial aspects of modern war, the war on terror and the birth of the modern private Army.

American Embassy officials in Baghdad sided with Blackwater rather than the State Department investigators as a dispute over the probe escalated in August 2007, the previously undisclosed documents show. The officials told the investigators that they had disrupted the embassy’s relationship with the security contractor and ordered them to leave the country, according to the reports.